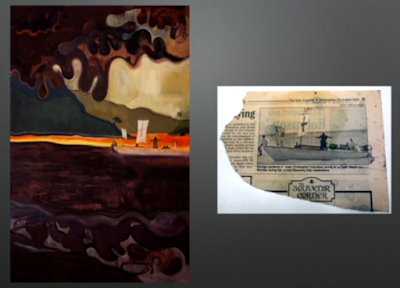 It also demonstrates the ease at which Doig approaches the sources for his paintings. He's not afraid to take what he needs from his own daily consumption of media. A newspaper cutting is very easily pulled into a major painting and the idea is given prominence if it's significance is judge as being important.
Posted by Unknown at 14:04