The main focus for me has largely been on what I've actually been illustrating but the grounds which I've been working on have become more of a focus since the workshop with Kerry Andrews. Having looked at some of Tacita Dean's Alabaster drawings in one of my last posts and contemplated the wall as a surface through looking at the Gond Art from India I have decided maybe there is some way I can produce a surface that is in some way related to the content and context of the work.

The random nature of the reworked surfaces I produced in the workshop are one some level rich with some kind of earthy content, the materials working hard at the fragile surface, breaking it down and opening the grain of the paper. The patterns I created were the result of a process that was generic but what if there was a way of creating a ground in nature seeing that is what I'm illustrating?

One idea I have is to have birds and even crows create a surface themselves. I'm unsure if this even validates the process because it is linking the subject of crows with the actual birds themselves but it seems like an interesting place to start. The concept has formed like a science project in my mind and the process will be as follows:

2.       Spread this on to sections of a sheet of paper
3.       Sprinkle seeds on to the surface to attract birds
4.       Place outside and hopefully birds land and leave their foot prints on the paper

I'm unsure if this will work yet but the surfaces may be interesting and might enrich the final illustrations I do over the top. Results will follow.
Posted by Unknown at 13:35 No comments:

The Folk Artist as Authorial Illustrator

As I work through the process of interpreting the poems by Ted Hughes it occurs to me that in some way I am interpreting a modern myth or recreated folk legend, if possible. These poems, especially the Crow collection, are written as creation stories which could be classed one of the oldest form of poems, almost biblical.

In this way it has a connection with Folk Art much of which interprets something of the society or the stories found therein. I began searching around for references to folk art and how they interrupt cultural stories and more importantly how they handle the iconography of the story. By 'handle' I mean reproduce or visual interrupt but also the physical means by which they do it. I thought this might help to inform the process of illustrating Ted Hughes work.

I came across an Article in the Journal of illustration entitled 'Folk author: Collaborations between folk artist and publisher, a Tara Books case study', written by Rathna Ramanathan and published in 2014.

Working through this long article I found the following and again it took me back to the identity of the illustrator.

Initially I found the referred to folk art in the article was that of an Indian origin but I did not see this as a barrier to the actual process which was what I am ultimately interested in and I was sure I could draw parallels.

During the process of defining what 'Folk' is Ramanathan highlights a number of references to the fact that folk art cannot be "fully appreciated solely through a formal analysis but instead must be studied through its narrative, biography and folkoric contexts". I think this concept compounds my supposition that Folk art has a close relationship to illustration's narrative roots and that potentially could even be the origins of the first illustration, as a speculative statement. 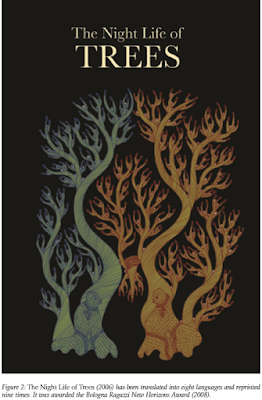 The honesty of Folk art is also talked about and this also appeals to me as one of my goals. I am trying to be honest to the words of the poem, that I am illustrating, and hopefully the essence of the piece. Often what lies behind the folk art drawing or painting is something function or learned for the community to engage with. There is a public to publish to in a sense, a local population, hamlet, village or town group,  even if it is a record of the livestock or a story that an elder told. There is always potentially a social narrative or importance underlying the message of the work.

How do the ideas for their published books originate when they worked with these marginalise artists? They split it down into three categories:

Currently I work with the first of these and take the text and illustrate it, informing this with photography and my manipulation of scale and collection. But one that caught my eye is how they evolved the conversation with the artist and that their folk presence therefore more intensively informs the illustration. The artist in a sense is have a far stronger influence on the final publication.

One of the main forms of folk art cited is Gond art. The Gond belief is that viewing a good image brings good luck and traditionally themes are drawn from folk tales and Gond Mythology. This included fantastical imagery such as 'forest magic, the world of ghosts and spirits, birds and animals, the sun and the moon, man and woman'. Interestingly the process of creating Gond art is through putting down dots, very much like indigenous Australian art. Traditionally these were drawn on the walls of dwellings and used the earthy tones of white, ochre, brown, and black.

But these works were not meant to last, their materials degrade and the messages are often news worthy or temporary because of the surface they're applied to. This questions the role of the Folk Artist. Are they the Authorial Illustrator and is their work produced for the short term rather than something that is designed for longevity?

What I really draw from this is yet again the question of the identity of the illustrator and second the grounds or physical presence of the art and how this gives the work a deeply rooted identity in its surroundings. 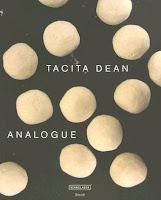