In her paper Facts and Photographs: Visualizing the Invisible with Spirit and Thought Photography Margarida Medeiros says:

“The photographic error, the nightmare of the pioneers (the flou, the blurred, the excessive grain, the lack of contrast) seems to have found, in the last decade and turn of the century, another purpose: that of an hyper-naturalist representation and an epistemic support for new types of knowledge. Just as X-Ray images are scientific and can be vague and blurred, so were fluidic images.” 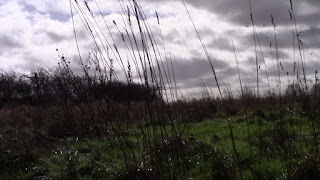 When considering the photographic error, it is on some level viewed as a presence, because it takes on a physical form in the visual plain. It could be an unexpected light, natural or unnatural, a distorted chemical effect or, as in her paper, Medeiros talks about the potential of a spiritual presence.

This concept of a spiritual or materialised thought is interesting although far from the reality for me. But you can understand how this could have been perceived in the past. To actually have something manifest itself in the photograph triggers a curiosity that could be argued is deeply rooted in human nature. Identifying the unknown was once key to survival and now that many things have been explained this appearance of the effected photograph is engaging. We can suppose what happened and then might actually not know how it has. Why not project some meaning upon this?

It also reflects a growing interest in science. Many will assign the photographic error to process and how this went wrong. But yet the result may be aesthetically pleasing and trigger a desire to know how the science actually works.

Photographic error also allows us to categorise the resulting photograph. Whereas it once would be discarded people are now more willing to engage with the actual result as something to preserve, a one off, the result of an experiment or a work of art. The physically creation of this unexpected happenings will never be recreated and can lead to insight on the rare occasion.

It could be argued that because the visual world is now saturated with photographic image that these errors are more common but yet still vastly outnumbered, the ratio the same but the numbers far greater. The error has more context and potentially more of a role in the canon of photographic archiving and as humanity’s knowledge of photographic method increases potentially different types of error will be generated and increase this range of errors.

Also inspired by the project 'In pursuit of Error' by Tracy Piper-Wright. The project has been running since 2014 and has already amassed an archive of error which can be viewed here:  https://inpursuitoferror.co.uk/
Posted by Unknown at 10:43